To share your memory on the wall of DOUGLAS HALLOWELL, sign in using one of the following options:

Doug, or “Dougie” as he was known to most, was a jack-of-all-trades. He could build anything, fix anything, and sell ice to a polar bear. Doug was a very warm and caring person – even on the darkest of days, he was a beacon of light. He loved being around people and never shied away from a good party. He was always smiling from ear to ear, joking around, or telling one of his famous stories. Doug was happiest sitting around a campfire with a cold beer, snowmobiling with friends, and being out on his boat on the Georgian Bay (or the “Bay” as he called it).

Doug had a playful yet competitive spirit. He loved playing card games and cribbage – especially if there was money on the line. He was always so excited to play (and win), but also very patient and willing to teach anyone who showed an interest in learning how to play. His mannerisms and sayings around the cribbage board were legendary (“Fifteen for a DUECE!” or “And that’s a DOZE!”).

Doug was fiercely proud of his boys, Kyle and Brad, and his grandson, Noah. He also had friends that crossed the spectrum of life, from childhood friends to work colleagues, and everyone he met in between. He took an active interest in the lives of his friends, family, and even strangers. It didn’t matter who you were – Doug would do whatever he could to help, offer advice, refer you to a friend (“I know a guy”), lend you tools, or fix something for you.

We will all miss Dougie greatly.

Due to the COVID-19 pandemic, a private family service will be held, with a public celebration of life to be held at a later date. If desired, donations can be made to the Uxbridge Cottage Hospital Foundation (https://www.msh.on.ca/foundations/uxbridge-cottage-hospital-foundation) in his name.
Read Less

Receive notifications about information and event scheduling for DOUGLAS

We encourage you to share your most beloved memories of DOUGLAS here, so that the family and other loved ones can always see it. You can upload cherished photographs, or share your favorite stories, and can even comment on those shared by others.

Posted Jan 21, 2021 at 04:00pm
To Merelyn, Ken, Lynne and family, we were so very saddened to hear of Doug's passing. We have so many great memories of spending time at the cottage/cabin with you all. We hope that the many cherished memories of Doug give you strength and comfort at this difficult time. Sending big hugs and much love.
- Kim & Chris Pegel (Wright)
(Barb & Danny's daughter)
Comment Share
Share via:
HS

Posted Jan 17, 2021 at 11:19am
Will will always miss having you to talk and laugh with. You will forever live in our hearts and minds.

Posted Jan 16, 2021 at 01:03pm
Our sincere sympathies. Wishing you courage to face the days ahead and loving memories to forever hold in your hearts.

Posted Jan 15, 2021 at 09:52pm
Im so saddened to hear of this tragic loss . I will recall that fun guy growing up on Fred Varley in the good ol days !All racing home when the street lights came on .My sincere condolences to the family
Heather Ambrose Greenwald
Comment Share
Share via: 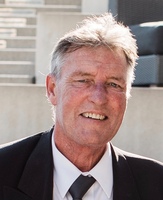 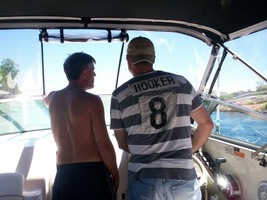 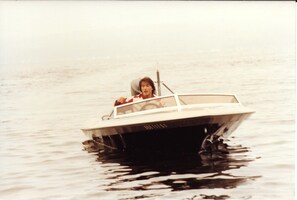