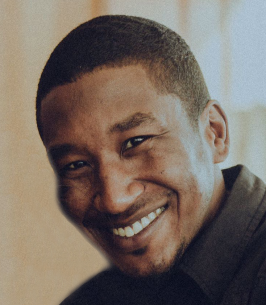 Tyrone Jerome Roopchand, was born March 3, 1986 in Toronto, Ontario. Tyrone grew his ‘wings’ and left us on June 19, 2021 doing what he loved to do most. Tyrone is survived by his father Russel Roopchand, mother Janet Nii Noi and siblings Roxanne, Travis, Delroy and Sara Lee.

Tyrone was a dedicated Steel Man with an unmatched work ethic and was proud of the many high rise projects he had a hand in building in the Greater Toronto area.

Tyrone spent his adolescent years being very active, spending time with his friends and idolizing his big brother, Travis. During this time, Tyrone quickly grew a fond love for cars and bikes. If you were lucky enough to be Tyrone’s close friend, he considered you family as evidenced but the outpouring of love from his childhood friends. Tyrone was a caring and supportive big brother to Sara Lee and Delroy at an early age. Tyrone was wise beyond his years, clever, resourceful and truly hilarious. He valued loyalty above all else and was there for anyone who needed him.

Tyrone was an adrenaline enthusiast whether he was sky diving, snowboarding, jumpin’ up in Caribana, competing in Concrete Rush or riding his motorcycle. Tyrone’s one true passion was his love for bikes. Tyrone was happiest on his bike and proud to be riding with his bike family. Tyrone worked his way up the ranks of the BOS (Beyond Our Streets) bike club to become a full patch member.

Tyrone valued loyalty above all else. He will be remembered as having the biggest heart, the most infectious smile, and contagious laugh.

In Tyrone's memory the go fund me listed below has been established. All donations are gratefully appreciated.

This obituary is protected by copyright by Mimico Chapel. Proudly Serving the Communities of Etobicoke, Mississauga, Oakville, Toronto, Scarborough, and North York. Mimico Chapel is located in the province of Ontario, Canada.

All rights reserved. This obituary is also archived at obittree.com