To share your memory on the wall of STEPHANIE CREEDE, sign in using one of the following options:

Although obituaries are a serious subject, this one shall be a less serious obituary. Stephanie, never one to be too serious, was a fan of the funeral of Graham Chapman of Monty Python’s Flying Circus fame. Mother Petra said that would be fine with her as long as we don’t swear, as John Cleese did for Chapman’s eulogy.

Let me tell you the tale of a pirate lass, Stephanie “Bonny Rabbit” Creede. A winsome lass, lover of the age of sail and the Carribean who, with her steadfast first mate and cabin boy Scotter by her side, captured the ship of life, plundered it for its cargo of spice, fine cloth and cajun food recipes, and sailed it to the edge of forever.

When not commanding the waves to do her bidding, Stephanie wrought wonder, wisdom, and joy from any and all craftware and flotsam she found on her journeys. A spinner of tales and a player of roles, she could oft be found telling stories of yore, be they personal, fantastical or historical, creating art in countless forms, or entertaining the assembled crew. Her knowledge of history was unbounded. Many an academic or tavern discussion would be enriched with her witty asides about Elizabeth Cady Stanton or Tycho Brahe. Her knowledge of notable heretics and collected religious paraphernalia enlightened many on their journey of faith and/or salvation. And all who saw her dancing were enraptured and beguiled. Stephanie was dazzling, unfettered, occasionally feathered, and tamed many a barbarian heart. She could bring a tear to an eye as easily as a laugh to mend a broken spirit.

Always ready with a set of jumper cables, a microwave, or a well-lit match for her matchlock pistols, Ms. Creede was adept in all repairs both emotional and physical. Tales will oft be told of her wandering the streets at night offering succor and glue to damaged drag queens and their broken heels, or any other lost sailor in need of aid. She judged none she met, but bravely invited any and all weird creatures to join her motley crew. She held forth in taverns, galleries and salons, and ruled her galleon and her galley with equal amounts of aplomb and love for everyone.

Her family often joined her journeys, and she theirs. When she could catch her sister Emilie, Stephanie would make her act the drunken sailor, walking her around with Emillie’s heels on her feet, like she was teaching a cat the jig. When Emilie’s Brad brought out nephew Jude, she would giggle as she hoisted the young lad into the rigging, and snort as he made a nest for paint brushes in mate Scotter’s beard. They would dance and laugh and put on plays before old sails while mother Petra held baby Eloise and smiled.

She had the charm of a mermaid, the allure of a siren, and steered her crew like Odysseus through many a rough sea. She had the immense heart of a leviathan, and the joy of a seal with a ball. She was as bold a ship on the seas as she was a guiding lighthouse on the shore. She may be sailing into forever, but her beacon light will always shine.

Full steam ahead, my love.
We love you.
Read Less

Receive notifications about information and event scheduling for STEPHANIE

We encourage you to share your most beloved memories of STEPHANIE here, so that the family and other loved ones can always see it. You can upload cherished photographs, or share your favorite stories, and can even comment on those shared by others.

Posted Dec 12, 2020 at 02:08pm
When I think of Stephanie, I'm flooded with memories of her sharp wit, her sharp sense of humour and her ability for compassion and kindness. My memories of the times we spent in Theatre Windsor, high school and simply socializing regularly bring a smile to my face. We drifted apart after high school, but she was always there when needed.
Comment Share
Share via: 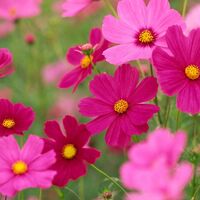